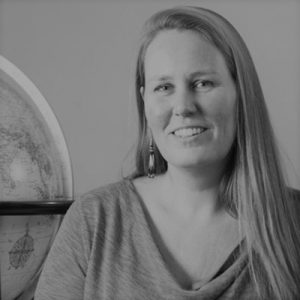 From 2003-2005, Maj served as associate director for the Peace Corps in Fiji, re-opening the program after its five-year hiatus. After Fiji, she moved half way (literally!) around the world to Copenhagen, Denmark, to work for the Danish Institute for Study Abroad (DIS). There she served first as a program director and then as the Director of Academics for Scandinavia’s largest organization hosting students from the U.S. and around the world. Among other duties, Maj spearheaded international service-learning and undergraduate research efforts at DIS.

While she has lived around the world, Maj is a proud native of Wisconsin and a “Badger” by birth; her parents met at UW–Madison as undergraduates. Maj holds an undergraduate degree (AB) from the University of Chicago and a Master’s in Public Policy (MPP) focusing on International Development and Education Policy from Harvard’s Kennedy School of Government. She was also a Fulbright participant in Korea, a Peace Corps Volunteer in Poland, a summer intern in Brussels, and spent a year in both Finland and Sweden as an exchange student.