This event is free and open to the public, but registration is requested.

Screening, discussion and reception for The New Barbarianism

Co-directors Stephen Morrison and Justin Kenny will present a special screening of their documentary.

Reception to follow. There is no admission for these events. All events are open to the public.

Medical and humanitarian workers are increasingly in the crosshairs as hospitals and aid centers have become part of the battlefield in today’s wars. So far, there has been little to stop the profound surge of violence seen across several open-ended conflicts which has claimed thousands of lives, destroyed health systems, triggered mass displacement and state collapse, and exposed the crisis facing the norms of international humanitarian law contained in the Geneva Conventions.

The New Barbarianism is an award-winning 58-minute documentary focused on the surge of deliberate targeted violence against the medical sector in multiple chronic wars, in flagrant breach of the Geneva Conventions. The film features on-the-ground, original footage from Syria/Turkey, Yemen and Afghanistan, and commentary from a diverse range of prominent opinion-leaders and experts, including the late Senator John McCain, Joanne Liu, head of Doctors Without Borders, David Miliband, International Rescue Committee, and many others. The film traces the causes of the increased use of violence, the multiple consequences, and the diplomatic, political, military and other efforts to mitigate these threats, protect health operations and build accountability. It closes with a look ahead into the future.

After the screening of the film, there will be a panel moderated by Professor Heinz Klug, the UW School of Law, and feature the two directors, J Stephen Morrison, Senior Vice President, the Center for Strategic and International Studies (CSIS) and Justin Kenny, Small Footprint Films, and Professor Karen Solheim, UW School of Nursing and the Global Health Institute.

This event is co-sponsored by the International Division, the Global Health Institute, and the UW-Madison Human Rights Program. 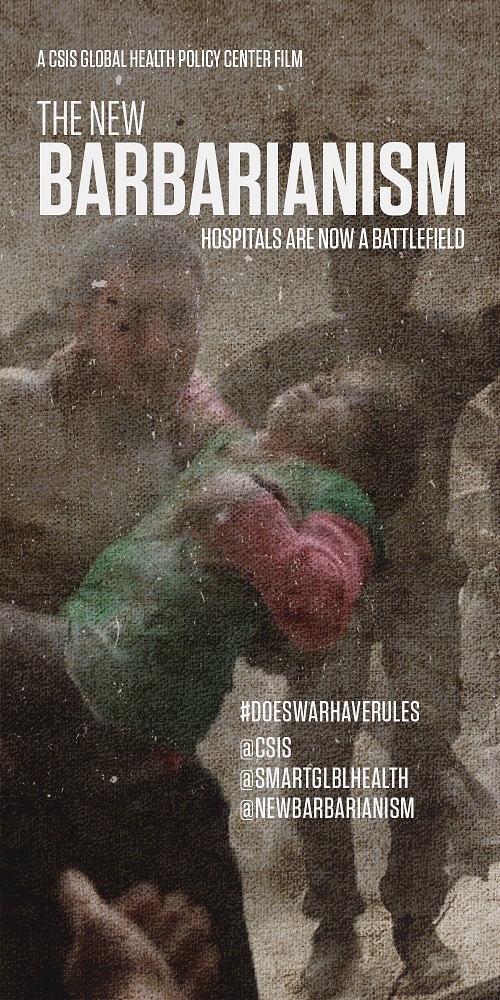