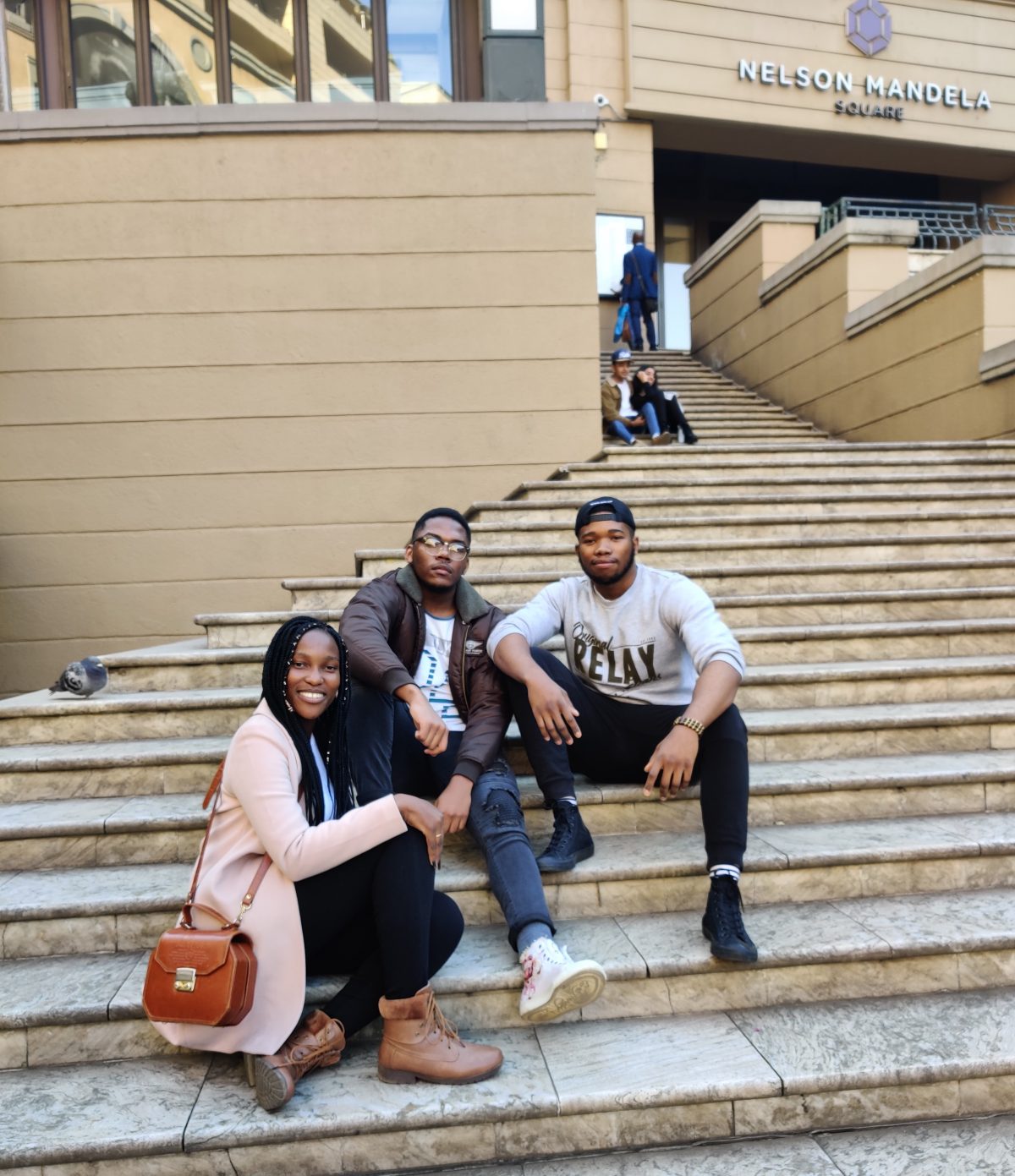 In eighth grade, Chumani Mokoena’s teacher organized a field trip for the class to visit a nuclear energy facility about an hour or two north of their school in Johannesburg, South Africa. The space acted as a nuclear weapons research plant during the apartheid era and had since been converted into a medical research center focused on nuclear medicine. Mokoena was 13 – he had no idea what was going on – nobody did, he said.

“But looking back on it,” he said, “that was probably the triggering experience for me becoming so interested in nuclear science.”

Mokoena is now a junior in the nuclear engineering program at UW-Madison. He will graduate in 2021 as one of six students in the first cohort of King-Morgridge Scholars, a competitive international scholarship program that supports exceptionally driven incoming students, dedicated to poverty alleviation in their home countries.

The South Africa native grew up in Johannesburg, where he attended public prep school through seventh grade, and then joined the American International School of Johannesburg for high school. There he studied the basics of nuclear physics, decided he wanted to pursue engineering and discovered UW-Madison.

Mokoena had never heard of Wisconsin – in fact, he said, he thought Wisconsin was the name of a person, not a state. Through research, he came to know UW-Madison for its highly-ranked nuclear engineering program; but with high international student fees, he had low prospects for studying in the U.S.

“The only way I could do something like [study internationally] is by getting a scholarship,” he said. “When I found out UW was welcoming the first cohort of King-Morgridge scholars, I thought I would go for it.”

He was accepted to the program in April 2017, and ready to begin his life in the U.S.

For the past two years Mokoena has honed his engineering skills at UW-Madison, working with Professor Michael Corradini to evaluate reactor designs and analyze significant events of nuclear energy such as Fukushima 2011.

He also participates in the American Nuclear Society’s student chapter at UW-Madison, where he acts as the communications officer, and aspires to take on the role of President next year.

Mokoena has adjusted to life in Wisconsin; but he has endured difficulties being a person of color in Madison – difficulties he can leave behind when he travels back to South Africa during Winter and Summer breaks to visit his family.

“When I’m in America, it’s so different and it sometimes becomes overwhelming,” he said. “So to go home and feel like you belong a bit more is always nice. I’m really family-oriented and that helps me stay grounded.”

While in Johannesburg last summer, Mokoena interned with Deloitte South Africa, where he worked on the Actuarian Analytic Solutions team. He learned on the job, applying the principles and processes he knew well from engineering to a more business-related role.

Mokoena said he will ideally stick to something more engineering-based in his next internship, but he realized a lot throughout the summer: the value of applied learning, the importance of communication, and most significantly, his interest in the world of business.

The UW junior sees himself eventually shifting into business and taking on a policy or administrative role.

He plans to start his engineering career in the U.S. in order to maximize his credibility in the nuclear energy field. After gaining hands-on experience, he hopes to pursue a master’s in business administration before ultimately establishing himself at home in South Africa.

Throughout his studies, the King-Morgridge scholar has come to understand the implications of nuclear engineering in the energy and medical fields. Mokoena views nuclear energy as a way to combat South Africa’s energy supply shortage, at least for the next century or two.

South Africa only houses one nuclear power station, located in Cape Town. Mokoena hopes to help the country expand its nuclear program; a costly venture, but a worthwhile one, he said.

“I realize that might mean being more on the policy side of things,” he said. “There aren’t enough people who have the technical ability who then go into the policy making. The people who make the policies don’t necessarily know what they’re making the policies about, particularly in the cases of African countries, which lets us down a lot.”

For now, Mokoena will stick with the technical side. This year he has dived deeper into the specifics of nuclear engineering and energy, which he said has reignited his excitement about the field.

“Within nuclear physics there is so much that is uncertain,” he said. “And that’s exciting because I think life is similar in that there are so many things we don’t have an answer for, but that we try to answer within certain parameters. That’s really striking for me.”