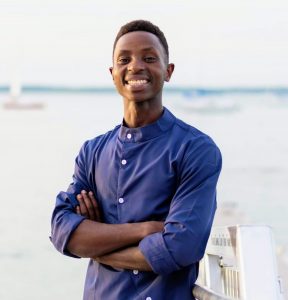 JOEL BARAKA IS REIMAGINING EDUCATION, AND EVERY STUDENT IS A STAR

Education has always been a priority for Joel Baraka. Even facing obstacles, he has forged ahead. Now, he is looking to merge his passion for education and his studies in civil engineering to give back to students in the community where he grew up.

As a child, he and his family fled the Democratic Republic of Congo and entered Uganda as Refugees. There, he attended school at Kyangwali refugee camp where he and his family lived, making sure to keep his grades up — enough to compete for scholarships.

“In the refugee camp, there are a lot of kids similar to me: their parents never went to school,” he said. “Maybe they aren’t doing as well as some are doing, but just because they’re doing average doesn’t mean they don’t deserve the opportunity to go to school.” Read more.

Learn about faculty, staff, donors and other supporters who furthered the mission of the International Division.