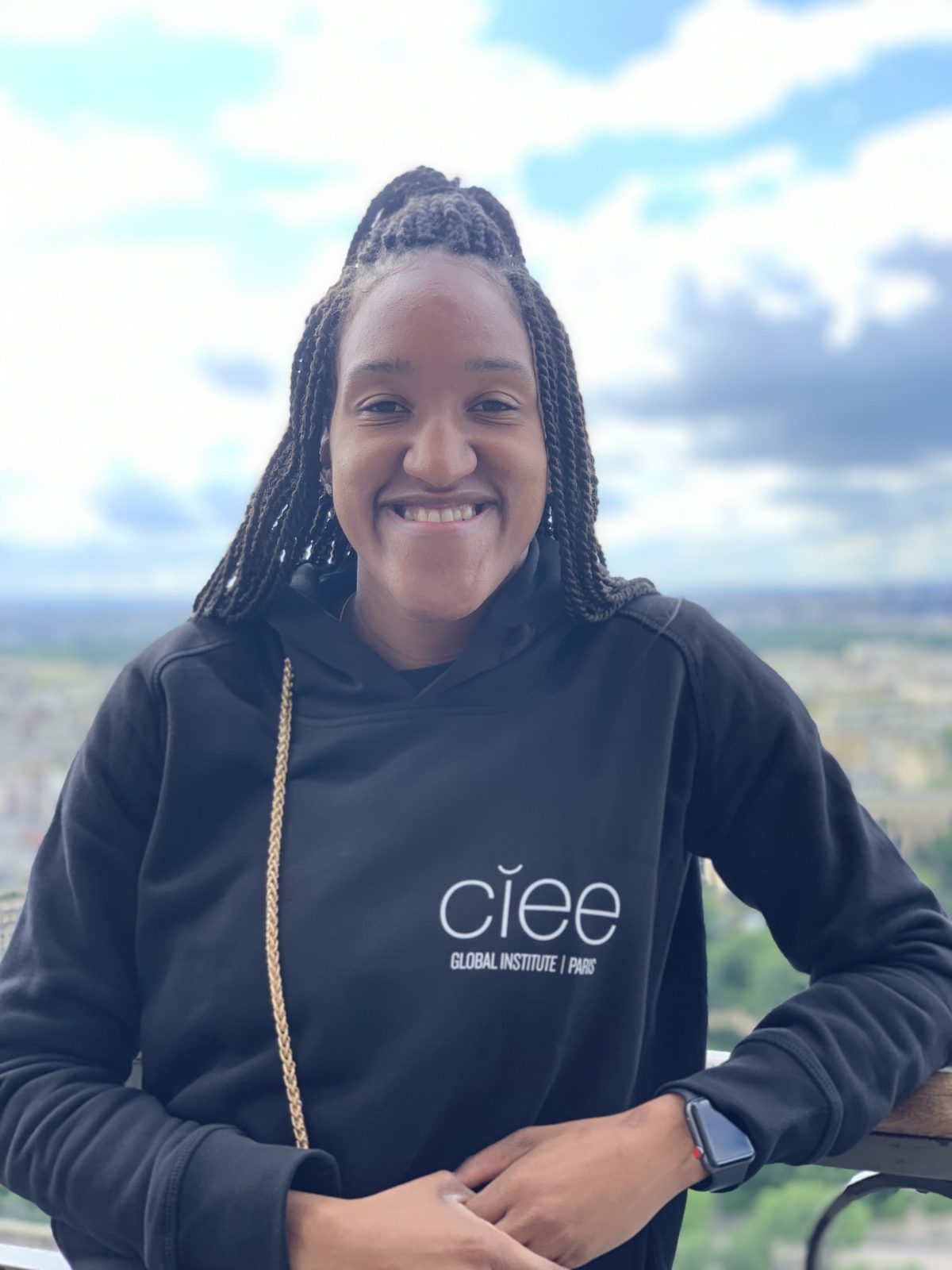 Study abroad programs give students an opportunity to get to know the world they live in, but they also learn more about themselves as well.

That was the experience for Suzanne Gilreath, a communications arts major, sports communication minor, and guard for the Wisconsin Badgers, who joined other student athletes and non-athlete students for the UW Migration, Immigration and Asylum program in Paris.

The program, which took place May 12–31, focused on the history of migration, immigration, and asylum practices in Europe from the early Middle Ages until the present. Focusing on the historical movement of peoples in and through Europe, students examined the long history of population movements in Europe and France and the national and international legal regimes aimed at regulating them. The program was led by Professor Karl Shoemaker from the Department of History.

Throughout the program, Gilreath and her peers were able to learn about migration, immigration, and asylum practices in the heart of where the events took place. The group was able to observe and interact within spaces that highlighted some of the lingering impacts of practices that began in the Middle Ages and persist today. She recalled meeting people in Paris and visiting neighborhoods that were still segregated. This was surprising for her and other participants, especially as issues like segregation are often discussed solely in terms of their practice in the U.S.

“That was interesting to see,” Gilreath said. “You think it is just happening in America, but it is happening all over the world.”

Following her time in Paris, Gilreath and other participants also visited Barcelona. It was another opportunity for her to experience a new culture and interact in a new space.

“You can be in a bubble, being here in Madison, being here in the United States” Gilreath said. “Studying abroad gives you a different perspective and gives you a new light. We can look at the world through indirect sources. But when we go and look at it ourselves, we get a firsthand experience.”

Following graduation, Gilreath plans to become a reporter, a career perfect for her natural curiosity and inquisitive nature. However, before that, she hopes to play for a professional team for a few years, likely in Italy, Germany, or Spain. She said that studying abroad was a great way to learn how to interact in a new space in preparation for that next step.
Whether other Badgers are planning to pursue international careers, Gilreath said that every student could benefit from studying abroad.

“I would definitely encourage every student to study abroad,” Gilreath said. “It gives you a better understanding of who you are and the world around you. Take the leap of faith. Although you might not know anything about the country or the language, go for the experience. I guarantee you will learn more about who you are.”

The UW Migration, Immigration and Asylum program is offered by International Academic Programs (IAP) at the University of Wisconsin-Madison in conjunction with the Council on Educational Exchange (CIEE). The program is sponsored by the Division of Intercollegiate Athletics and the Department of History. Learn about more opportunities to study abroad through International Academic Programs.