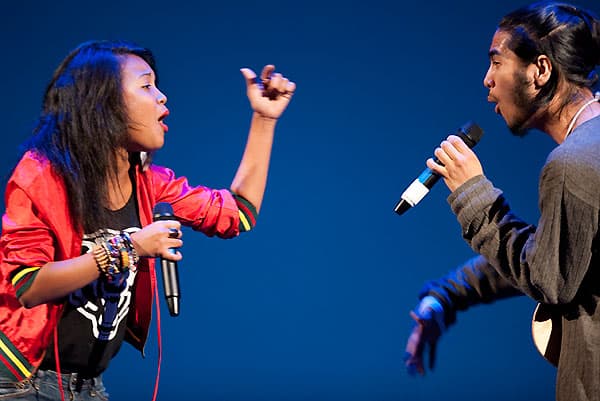 Matt Payne, a UW–Madison senior from Rochester, Minnesota, who is majoring in Chinese and economics, spent the summer of 2011 writing editorials and op-ed articles for The Wall Street Journal Asia editorial page in Hong Kong as a Robert Bartley Fellow. Previously, he was an opinion columnist at The Daily Cardinal, and currently is a contributor to the Journal’s Political Diary.

He talks about his experience for Wisconsin in the World:

What attracted you to this internship?

“I first heard about the Robert Bartley Fellowship from a Badger alumnus who suggested I try for it. Robert Bartley was the Journal’s Editorial Page Editor who for 30 years championed the ideas of limited government and free-market capitalism. The fellowships are given to students whose ideas and beliefs are broadly consistent with those of Bob Bartley. So I felt this would be a natural fit for me.”

What previous experiences have prepared you for this?

“I have no journalism background nor have I ever taken a journalism class. I started writing for The Daily Cardinal halfway through my sophomore year because a good friend of mine encouraged me to write. The next thing I knew I was a weekly columnist at the Cardinal. More importantly, I found I really enjoyed writing. At the same time, I was studying Chinese and economics and started reading about Asia—specifically China. I also had some experience in Naval ROTC, and a conversation aboard a nuclear-powered submarine with the commanding officer sparked my interest in learning more about China’s growing influence in the region.”

What were your initial impressions upon arriving in Hong Kong?

“Hong Kong is an amazing city. I had been to China before, but Hong Kong was very different. Besides its impressive skyline, what struck me as most interesting about the city was how efficient it was. The transportation system, especially the subway, always ran on time and could bring me anywhere I wanted. There was a card that could be used to pay for everything from McDonalds to transportation services just by scanning it.”

What were your most memorable/interesting experiences?

“I would have to say the people I met. The people who work at the Journal’s editorial page are really some of the smartest and most knowledgeable people I have ever met. I was challenged to think about issues in a ways I had never done before—especially about things going on in Asia.”

What were your most challenging adjustments/adaptations?

“I found working abroad was much more challenging than studying abroad. I had studied abroad through UW’s Tianjin Study Abroad program last summer, but working abroad presented the challenge of not having fellow students to share the experience with. So I needed to go out and meet people on my own in a totally foreign country—a skill I think will serve me well in the future.”

What did you enjoy most about the experience?

“Every day I would learn something new. At editorial board meetings, we would discuss things that were going on in the world, and I would get to hear different perspectives. If I had an idea I could bring it up and get feedback on whether I was right or wrong. The things I learned about the political and economic systems of different countries in Asia will be my biggest take away from this experience.”

How has your perspective on that part of the world changed as a result of your experience there?

“The more places I live the more I realize how lucky I am to be an American. My experience at the Journal gave me the opportunity to see firsthand how many people don’t enjoy the same freedom as we do here in the United States. China is the most obvious example of this. But other countries also have their share of human rights issues—especially in parts of Southeast Asia. There were incidents where writers would get bullied and threatened by a government, just for wanting to express their point of view.”