On March 1, 1961, President John F. Kennedy signed an executive order that established the Peace Corps. That order has led to more than 240,000 Americans serving worldwide, including over 6,400 Wisconsinites, nearly 3,300 of which attended UW–Madison. In celebration of the 60th anniversary of Peace Corps, UW–Madison will be hosting a gathering of past directors in a live panel discussion.

The event, which will take place online on March 1 at 6 p.m. Central, will include heads of Peace Corps, from the 1970s to 2021. Participating former directors include: Jody Olsen, Carrie Hessler-Radelet, Aaron Williams, Ron Tschetter, Gaddi Vasquez, Mark Schneider, Mark Gearan, Carol Bellamy, Elaine Chao, Dick Celeste, and Nick Craw. Former UW–Madison Chancellor Donna Shalala, one of the first to serve in Peace Corps (Iran, 1962–1964), will serve as moderator for the discussion. 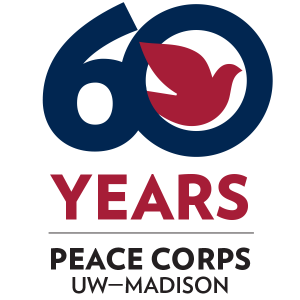 A wide variety of topics are expected to be covered during the 90-minute event, including the role of Peace Corps over the decades, stories of volunteering, changes in the organization, and the legacy of Peace Corps. Viewers are welcome to submit questions during registration for panelists to address during the event. Registration is required and can be completed at go.wisc.edu/pcdirectors.

“I am pleased that UW–Madison will be facilitating this conversation between leaders of this globally recognized organization,” said Guido Podestá, vice provost and dean of the International Division. “UW–Madison has a rich history with the Peace Corps, including regular recognition as a top university for producing committed volunteers and one of our own alumni, Aaron Williams, having served as director. We look forward to hosting this discussion about the history of the organization and what lies ahead.”

This event is one of many planned at UW–Madison to celebrate 60 years of Peace Corps in the coming year. Prior to this event, UW–Madison’s International Division will host a virtual showing of “A Towering Task: The Story of the Peace Corps.”

About A Towering Task

Founded during the Cold War, the Peace Corps stands as an icon of American idealism. From the beginning its mission of world peace and friendship proved to be a towering task. Imbued with the unbounded energy and vision of its charismatic leader, Sargent Shriver, and thousands of vigorous volunteers, the story of the Peace Corps is a uniquely American tale. From the political machinations to establish not just a brand new government agency, but a new concept in international relations, to the growing pains of an agency striving to define its mission, A Towering Task takes viewers on a journey of what it means to be a global citizen.

Host country nationals, Peace Corps volunteers and staff, and scholars and journalists take a closer look at peace building, economic development, and political independence through the Peace Corps’ nearly six decades of trials and transformations. Before being evacuated because of the pandemic, Peace Corps volunteers were serving in over 60 countries and more than 240,000 have returned since 1961, but America is re-evaluating how to engage with the rest of the world. With government agency budgets under fire, increased nationalistic tendencies in America, and Peace Corps Volunteers at the forefront of some of the most pressing themes facing the global community, A Towering Task asks: What role should the Peace Corps play in the 21st century?