The J. Jobe and Marguerite Jacqmin Soffa Lecture supports regular lectures on contemporary issues of global significance. For more than a decade, this fund has brought renowned women from across the globe to lecture and meet with classes. Holders of the lectureship have included well-known “grassroots” leaders in the struggle for human rights and international understanding.

Reception to follow. Event is free and open to the public. 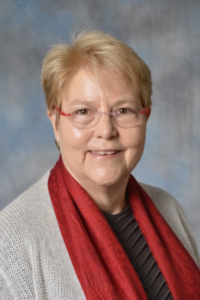 Charlotte Bunch has been an activist, author and organizer in the women’s, civil, and human rights movements for four decades. Her work focuses on the application of feminist theory to public policy questions, particularly at the global level. Her current investigations center on developing an analysis and understanding of human rights that incorporates women’s lives more fully and utilizes the question of violence against women as a way of exploring the parameters of their issues both theoretically and practically. Her other public policy work has focused on issues of gender and international development.

Bunch’s contributions to conceptualizing and organizing for women’s human rights have been recognized by many and include: her induction into the National Women’s Hall of Fame in October 1996; President Clinton’s selection of Bunch as a recipient of the Eleanor Roosevelt Award for Human Rights in December 1999; her receipt of the “Women Who Make a Difference Award” from the National Council for Research on Women in 2000; and being honored as one of the “21 Leaders for the 21st Century” by Women’s Enews in 2002 and also received the “Board of Trustees Awards for Excellence in Research” in 2006 at Rutgers, The State University of New Jersey. She has served on the boards of numerous organizations and is currently a member of the Advisory Committee for the Human Rights Watch Women’s Rights Division and on the Boards of the Global Fund for Women and the International Council on Human Rights Policy. She has been a consultant to many United Nations bodies and recently served on the Advisory Committee for the Secretary General’s 2006 Report to the General Assembly on Violence against Women.

A Board of Governor’s Distinguished Service Professor in Women’s and Gender Studies, Bunch was previously a Fellow at the Institute for Policy Studies, a founder of Washington D.C. Women’s Liberation and ofQuest: A Feminist Quarterly. She is the author of numerous essays and has edited or co-edited nine anthologies including the Center’s reports on the UN Beijing Plus 5 Review and the World Conference Against Racism. Her books include two classics: Passionate Politics: Feminist Theory in Action and Demanding Accountability: The Global Campaign and Vienna Tribunal for Women’s Human Rights.

Marguerite Jacqmin Soffa ’46 established this fund to support an annual public lecture on a contemporary issue of global significance by a distinguished woman in international public life. The lecture is sponsored by the International Division, with current co-sponsors including the Human Rights Program, and Global Legal Studies Center.