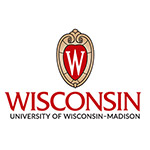 Jean-Rene Gehan recently retired from the French Foreign Service. His last assignment was Ambassador, appointed by the French Government to develop cooperation projects in the fields of education and culture in the Middle East and the Mediterranean region. He served as French Ambassador in Laos and in Kuwait, as First Secretary in Beijing, as adviser of the French Minister of Defense and Political Military Counsellor in Washington, D.C., as Consul General in Chicago, and as Cultural Counsellor, based in New York, responsible for the relations in culture, education and higher education between France and the United States. He serves on the board of n+i, an international network of more than 100 engineering schools, and is president of the n+ strategic committee. He is currently working on a research paper on international security, with a focus on the Middle East.