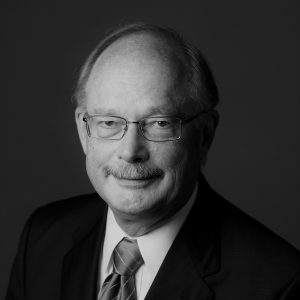 Ambassador John E. Lange (Ret.) focuses on issues related to global health security and the World Health Organization and has held leadership positions in global polio and measles programs. Earlier, he engaged in high-level global health advocacy with African governments while at the Bill & Melinda Gates Foundation. Lange had a distinguished 28-year career in the Foreign Service at the U.S. Department of State, where he was a pioneer in global health diplomacy and a leader in pandemic preparedness and response. He served as Special Representative on Avian and Pandemic Influenza (2006-2009); Deputy Inspector General; Deputy U.S.Global AIDS Coordinator; and U.S. Ambassador to Botswana (1999-2002). Lange led the U.S. Embassy in Dar es Salaam, Tanzania, at the time of the August 7, 1998, terrorist bombing, for which he received the State Department’s Distinguished Honor Award. Earlier, he had tours of duty at the U.S. Mission to the United Nations in Geneva and the American Embassies in Lomé, Togo; Paris, France; and Mexico City, Mexico. He has an M.S. degree from the National War College and J.D. and B.A. degrees from the University of Wisconsin-Madison.