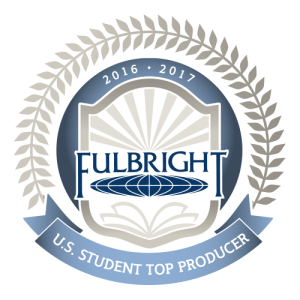 The U.S. Department of State’s Bureau of Educational and Cultural Affairs recently announced the U.S. colleges and universities that produced the most 2016–2017 Fulbright U.S. Scholars and Students. The Fulbright Program is the U.S. government’s flagship international educational exchange program. Top-producing institutions are highlighted annually in The Chronicle of Higher Education. 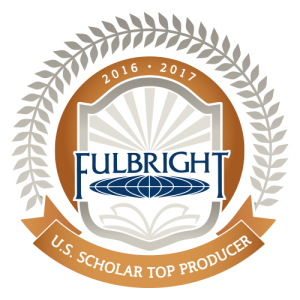 Seven scholars from UW–Madison also won Fulbright awards for that same year. Fulbright scholars are faculty members and other professionals who will teach or conduct research abroad.

“The University of Wisconsin–Madison is proud that so many of our students and scholars have been awarded Fulbright grants,” said Guido Podestá, vice provost and dean of UW–Madison’s International Division. “The opportunities for international research and engagement that Fulbright grants afford to our students and scholars are tremendous. The recipients of these grants are among the best and brightest in their fields.”

The Fulbright Scholar Program is supported at the University of Wisconsin–Madison through the Awards Office of the Institute for Regional and International Studies (IRIS). IRIS is a unit of UW–Madison’s International Division. Learn more about the U.S. Student Fulbright Program at UW–Madison.

About the Fulbright Program

The Fulbright Program is funded through an annual appropriation made by the United States Congress to the Department of State. Participating governments and host institutions, corporations, and foundations in foreign countries and in the United States also provide direct and indirect support.

In the United States, the Institute of International Education’s Council for International Exchange of Scholars administers and coordinates the activities relevant to the Fulbright U.S. Scholar Program on behalf of the Department of State, including conducting an annual competition for the scholarships. The Fulbright Program also awards grants to U.S. students and teachers to conduct research and teach overseas. In addition, some 4,000 new foreign Fulbright students and scholars come to the United States annually to study for graduate degrees, conduct research and teach foreign languages.

For more information about the Fulbright Program, visit http://eca.state.gov/fulbright.