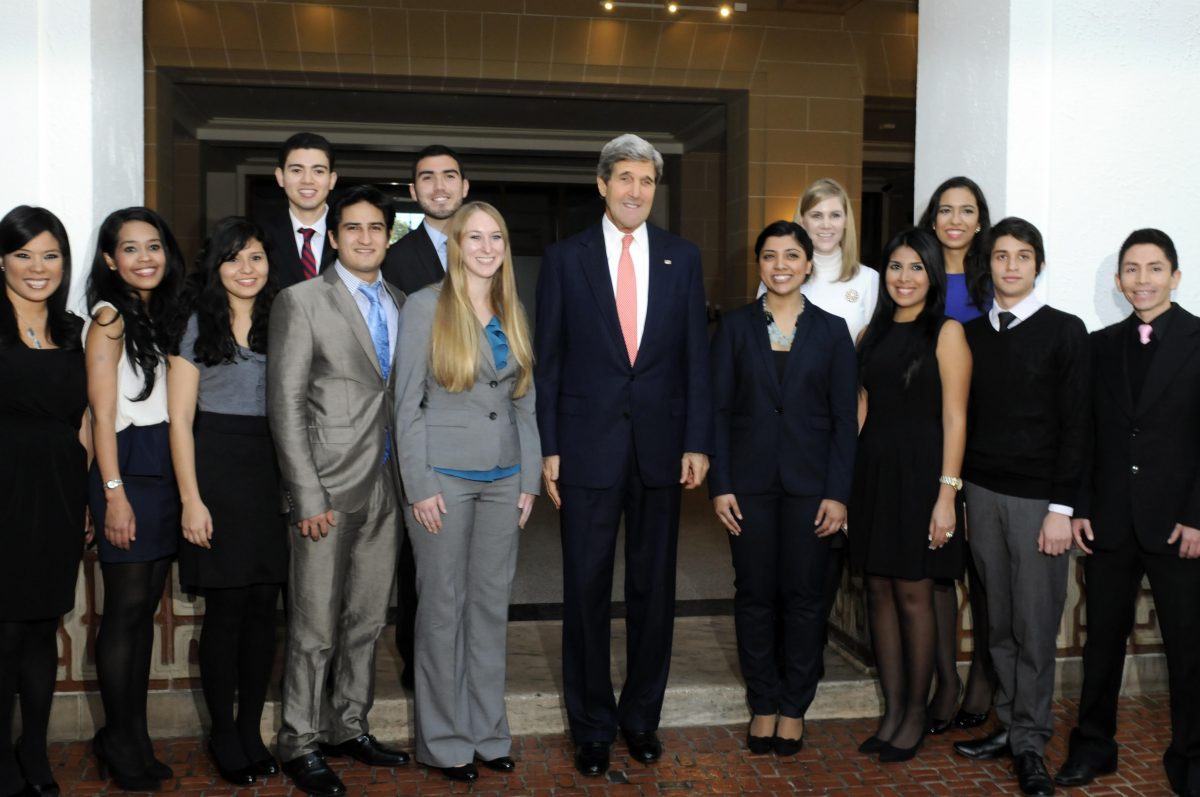 When domestic and international criminal justice agencies work together, the impact can be tremendous.

That is what UW–Madison alumna Lauren Danen ’14 has witnessed first-hand through her work as a contractor with the U.S. Department of State, where she is a program coordinator in the Office of Criminal Justice Assistance and Partnerships, a unit of the Bureau of International Narcotics and Law Enforcement Affairs.

In short, they are combatting transnational organized crime and reducing drug traffic at home and abroad.

“Our motto is making communities safe abroad makes communities safer at home,” said Danen, who majored in international studies, Spanish, and Latin American, Caribbean, and Iberian Studies, with a certificate in European studies. “If we can help nations stop drugs from travelling to, from, and with-in their countries, then they do not reach the United States.”

Danen laid the foundation for a career in international affairs while participating in the Wisconsin in Washington, D.C. Internship Program, which allows students to take classes in D.C. while completing an internship. Danen interned in the State Department’s Bureau of Western Hemisphere Affairs.

During the internship, she had a wide range of responsibilities. Danen monitored issues pertinent to U.S. interests such as the illicit flow of drugs and transnational organized crime, represented the United States at meetings on security at the Organization of American States (OAS) and the Inter-American Defense Board, and served as a member of the official U.S. delegation involving the Attorney General of the United States to an OAS Public Security Ministerial held in Medellin, Colombia.

“I was very lucky that I was connected to the senior advisor for hemispheric security,” Danen said. “It may take me years to get back to where I can see things on that scale and that level, but I am now aware of what I could be doing and what that looks like.”

The program also enabled Danen to work on soft skills, such as networking.

“They hammered it home–the importance of networking,” said Danen. “It can feel challenging to reach out to someone you don’t know and ask for that advice.” Nevertheless, being able to network paid off immensely for her, as she made the connection to her current position through her internship supervisor.

Another advantage of the program for Danen: the ability to utilize her financial aid.

“What is great about this program is that it enables students to utilize financial aid they are already receiving in Madison for things like housing, classes, and continuing their education while out in D.C.,” Danen said.

Danen plans to continue building a career in international affairs in D.C. by one day joining the civil service of the State Department. While she said that institutions and organizations in Washington demand a high level of excellence, she sees that as both a personal and professional benefit.

“Coming to D.C., you are a small fish in a big pond,” Danen said. “Living and working here gives you the opportunity to grow. After my internship, I came back to Madison for my final semester feeling way ahead in the job search and knew what would be expected of me leaving college.”

Even though Danen has left Wisconsin, she continues to connect with fellow Badgers in the D.C. area through the D.C. Chapter of the Wisconsin Alumni Association. Danen joined the network after graduation to make new connections, both personal and professional. Now an established member of the community, she is helping Badger interns and young professionals make similar connections.

“Seeing interns arrive who were just like me, and connecting them to other people and other opportunities is great,” Danen said. “It is a great big world out there. This program enables you to experience a piece of that.”

Editor’s note: Since this story was first written, Lauren Danen has accepted a new position with the Office of Europe and Asia Programs, a regional office of the Bureau of International Narcotics and Law Enforcement Affairs.