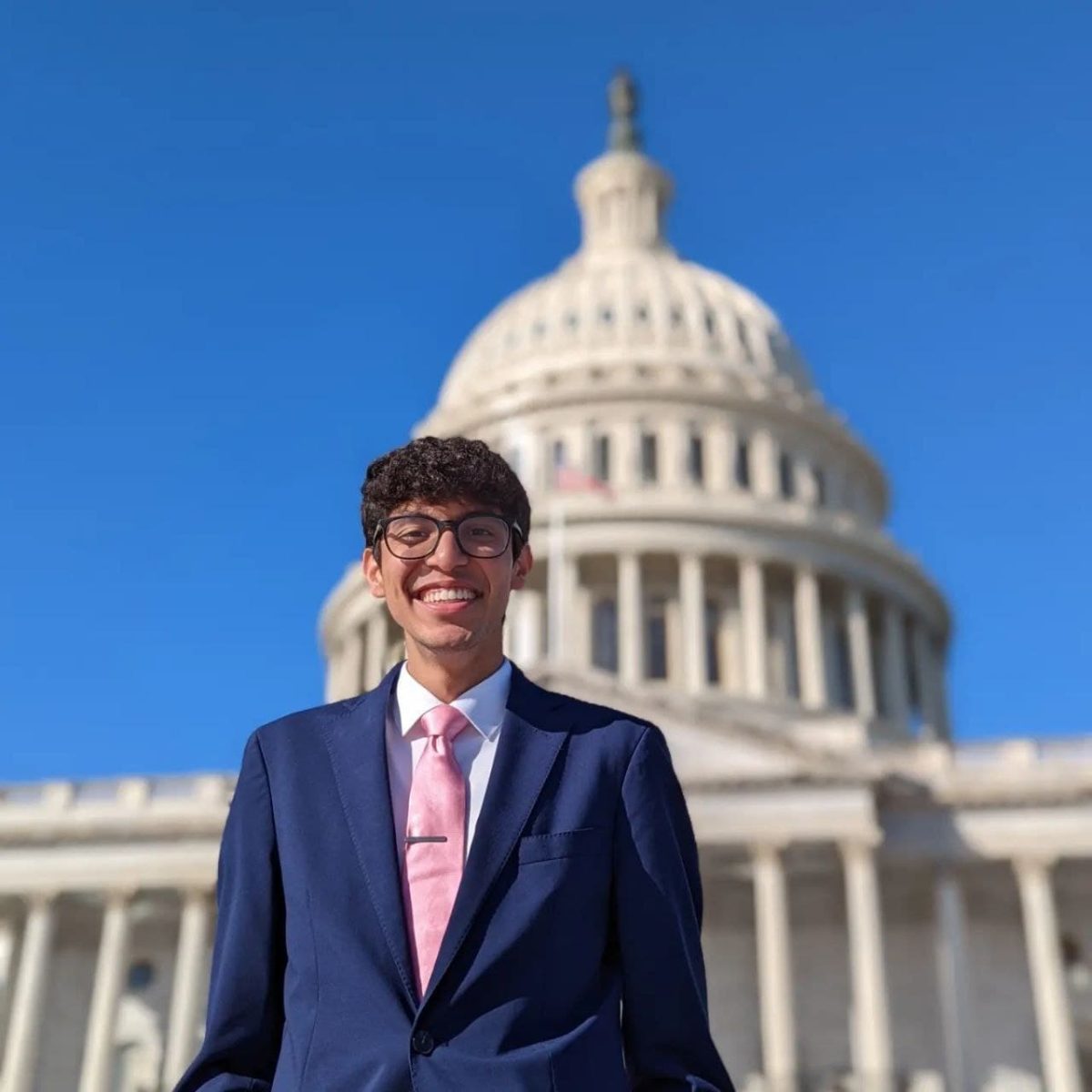 Dhrtvan Sherman ’22 is no stranger to working in politics. From Chicago suburbs to the offices of Madison Democrats such as Tony Evers, Mark Pocan, and Mandela Barnes, Sherman now finds himself working on Capitol Hill in Washington, D.C. Of course, Sherman had help making the transition from one capitol to the other through his participation in the Wisconsin in Washington, D.C. Internship Program.

Wisconsin in Washington is a domestic study abroad program for undergraduates. Students spend a summer or semester interning at an organization in Washington, D.C. while also completing coursework to enhance their internship experience. The available courses consist of lectures from experts, including former U.S. Ambassador to Guatemala Donald Planty, as well as networking events with area UW alumni and visits to major D.C. institutions.

Sherman, who studied political science, economics, and public policy, participated in Wisconsin in Washington in spring 2022—right before graduating from UW–Madison—during which he interned at the office of Congressman Mark Pocan.

“It was one of the best internships I’ve ever done,” Sherman said. “He is one of the first people I’ve worked for that I completely agree with. Labor was very front of mind for him—I got so much experience seeing the labor policy world. As soon as I was in that internship, I thought ‘Yeah, I really want to work here (D.C.).’”

Sherman’s experiences in politics began well before his time in D.C. While on campus, he served as membership director for College Democrats and then on the leadership council for Wisconsin AAPIs (Asian Americans, Pacific Islanders), where he handled social media for then-candidate Joe Biden in the leadup to the 2020 presidential race. In addition to those roles, Sherman also interned in the office of then-Lieutenant Governor Mandela Barnes and worked part-time as a correspondence assistant for Governor Tony Evers throughout 2021, where he handled, sorted, and responded to Wisconsin constituents as the office began to open up during the COVID-19 pandemic.

Shortly after completing his Wisconsin in Washington experience and relocating to Washington, D.C., Sherman began working full time as a staff assistant for the Committee on Education and Labor for the Democrat majority, continuing the passion he realized for labor policy while working for Pocan.

“I have so much exposure to information and policy knowledge,” Sherman mentioned. “I’m able to learn so much without picking up a book—real world work. If someone tells me to format a letter to send out to an agency in the Department of Labor, I get to read the letter and learn more about real policy implications.”

In two or three years, Sherman sees himself still working on the Hill, with a hope to work on labor policy more directly in a congressional office. Sherman also looks forward to taking his experience and exposure in government to fight for labor rights more directly in union organizing, being able to “use the policy knowledge to be able to help people get things done in the real world,” as described by Sherman.

Wherever he chooses to go, Sherman takes his Badger pride with and looks back fondly on the memories created through Wisconsin in Washington.

“I think it was one of the best things I’ve done at UW. I had some of the most amazing professors and such great folks in my program who I became close with. It was an unbelievable experience.”