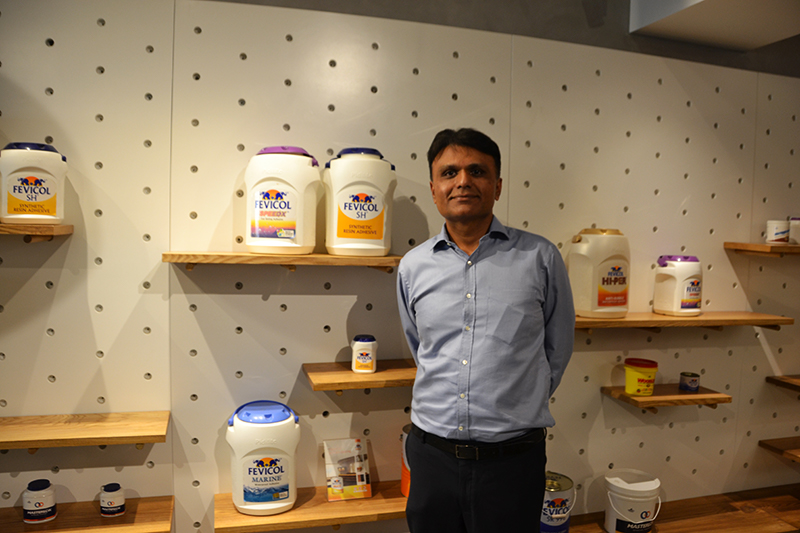 Some brand names have incredible sticking power, becoming so successful that they become synonymous with the product itself. Wanting a bandage, tissue, or photocopy, an American is likely to ask for a Band-Aid, Kleenex, or Xerox. The same can be seen with brands around the world, such as in India, where the brand Fevicol has come to define glue.

Beginning in 1959 as an adhesive for carpenters, Fevicol has grown in recognition and use throughout India and is marketed in more than 50 countries worldwide. Children use it on school projects. It is a common household item. And it remains a favorite among craftsmen. Perhaps even transcending Fevicol’s reputation as a quality product are its award-winning ads boasting, often humorously, of the strength and utility of the glue. Pidilite Industries Limited, the parent company of the popular adhesive and sealant, also claims FeviKwik, Dr. Fixit, Roff, Fevicryl, Araldite, and M-seal in their brand portfolio. Their success in marketing and distributing these products annually generates approximately $1 billion USD in revenue.

The University of Wisconsin–Madison International Division (ID) spoke with Apurva Parekh (AP), who discussed the success of Fevicol, leadership, and building an internationally recognized brand.

ID: You and family members, who also have leadership roles in Pidilite, all studied chemical engineering at UW–Madison. Could you tell us about that choice and the experience?

AP: Chemical engineering was very, very popular in India in the 60s and 70s. It was the most preferred major, even ahead of computer science or computer engineering that was emerging in the late 80s. For our family also it made the most sense because we had started a chemical business. And, hence, that was even more attractive at the time. The chemical engineering program at UW–Madison was outstanding. There were professors who were very well known, and the tutors, facilities, and level of teaching was very good.

ID: What do you see as the impact of an international education?

AP: An international education is very important. Otherwise, we tend to be very insular and not understand what is going on in other parts of the world. We see this in business all the time, because those who have a broader perspective can provide benefit.

ID: When you think of the long track record of success for Pidilite, what do you typically attribute it to?

AP: First of all, we have a very strong foundation which was set by the founder, Balvantray Kalyanji Parekh. He selected the right type of business, and he set the company and its values and ways of working. Right from the beginning it was clear: very close end-user connection, very strong customer service, and very good teamwork. These are common ideas, but he instilled this in the company in a strong manner. Our current chairman, Madhukar Parekh, and the leadership team has built on this strong foundation. Additionally, over the years, we have been very consistent. We have not been trying to do too many things. We sort of play in the areas where we believe we are good and then work in a consistent manner with a long-term approach. We don’t believe in short-term action. The current chairman’s view is that we should focus on strategy and initiatives and chase target numbers. The results may come in three months, they may come in three years. This long-term focus and orientation has greatly contributed to growth and success of the company.

ID: Fevicol has such high recognition as a brand. How did this occur?

AP: In India, a lot of furniture is made onsite by carpenters, and they use our adhesive to make furniture. In this category, traditionally the product is sold as an unbranded commodity. But the founder of our company, my uncle, was very clear that you needed to create a brand which people preferred. From the very beginning, he and his team would meet the end user, connecting with them and showing them how the product could be used. So, a lot of work was done to promote the brand directly. Then, very early on, he realized that if he wanted to make this a household brand, he should take this product to school. So, like it is Elmer’s in America, Fevicol appeared in schools in the early 70s.

ID: I can see how connecting with the end users and ensuring that people are using the product from a young age would build affinity. The brand is also well-known for its ads, as well—many of which are hilarious! How do these work into the marketing strategy?

AP: The founder realized this category of product is generally not advertised around the world. He said “let’s advertise it.” And any advertising, he found is great.

So, our branding has three parts: deep end user connection, making the product accessible to the entire household, and then using very creative and clutter breaking advertisements. The final part has been so effective, that if you ask anybody “what do you know about Pidilite?” they would say “they make great ads!”

ID: It sounds like Pidilite really understands how to build and maintain brand strength. Did you take any consumer marketing classes when you were at UW–Madison?

AP: No, I didn’t, but I should have. But I took one class which was outside the chemical engineering courses, which really made an impact on me. I took an accounting class—it was a 5-credit class, I remember, and it was at 7:30 a.m. But that’s the only subject that I didn’t miss a single class. I loved that class, and the professor was outstanding. And so, what happens, in spite of being a chemical engineer, when I came back to India over a period of time I was seen as an accountant. I even acted as CFO whenever there was a need. I think that class set a very strong foundation in me to understand the finance and accounting. It had a very significant impact and benefit on the work life. But I should have taken marketing, you know!

ID: Thinking about building businesses, do you think there are still good opportunities for entrepreneurship in India?

AP: There is tremendous opportunity. First of all, India has a very large economy. The population of India also poses tremendous opportunity. For growth, it is still one of the markets which is growing faster than most bigger economies. Additionally, there is a widespread and vibrant startup culture in India, especially in Bangalore, Delhi, and Mumbai. Some of these new startups are doing amazing work. We are even working with some of them. We invested in a few Indian early-stage companies, and we are now collaborating with them for mutual benefit.

Learn more about Pidilite on the company’s website. You can also see more ads for Fevicol on the official YouTube channel.