The Mildred Fish-Harnack Human Rights and Democracy Lecture is an annual event designed to promote greater understanding of human rights and democracy, and enrich international studies at UW–Madison. The lecture brings to campus a person who contributes to the cause of human rights through academic scholarship and/or active leadership.

“From Monopoly to Autocracy: A Human Rights Agenda for the Global Internet.”

Event is free and open to the public. 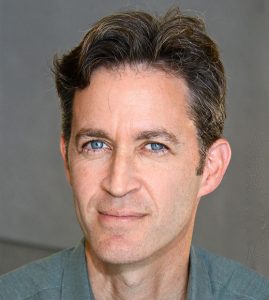 David Kaye is a clinical professor of law at the University of California, Irvine, and was the United Nations Special Rapporteur on the promotion and protection of the right to freedom of opinion and expression, 2014-2020. His 2019 book, Speech Police: The Global Struggle to Govern the Internet (Columbia Global Reports), explores the ways in which companies, governments and activists struggle to define the rules for online expression.

Appointed by the UN Human Rights Council in June 2014, David is the global body’s principal monitor for freedom of expression issues worldwide. He has addressed, among other topics, growing repression of freedom of expression globally, encryption and anonymity as promoters of freedom of expression, the protection of whistleblowers and journalistic sources, the roles and responsibilities of private Internet companies, and the regulation of online content by social media and search companies. In his 2018 report to the UN General Assembly, he evaluated the ways in which Artificial Intelligence technologies implicate human rights issues, especially in areas of content moderation and news curation. His most recent report to the Human Rights Council tackled the problem of the global private surveillance industry and its impact on freedom of expression. He has conducted official missions to Japan, Tajikistan, Turkey, Mexico, Liberia and Ecuador and regularly addresses major policy and academic conferences dealing with free expression, technology and media freedom.

After doing his undergraduate and graduate work at the University of California, Berkeley, he joined the U.S. State Department as a lawyer in 1995. In 2002, while the principal lawyer for international humanitarian law at the State Department, he was an advocate inside government for application of the Geneva Conventions to detainees captured by U.S. forces in Afghanistan, which the United States had invaded in the wake of the attacks of September 11, 2001. In addition to his work on human rights and freedom of expression, his academic research and writing have focused on accountability for serious human rights abuses, international humanitarian law, and the international law governing use of force. A member of the Council on Foreign Relations and former member of the Executive Council of the American Society of International Law, he has also published essays in such publications as Foreign Affairs, The New York Times, Slate, Foreign Policy, JustSecurity and The Los Angeles Times.

The lecture is named after a Milwaukee native who was a UW–Madison student in the 1920s. While living in Germany, Fish-Harnack assisted in the escape of German Jews and political dissidents. She is the only American civilian executed under the personal instruction of Adolf Hitler, for her resistance to the Nazi regime. Established in 1994, the lecture is presently sponsored by the International Division, along with the Human Rights Program, Global Legal Studies Center, Center for Research on Gender and Women, and the 4W Initiative. Learn more about Mildred Fish-Harnack.

2018: Navi Pillay, “Current Challenges and the Future of the Universal Declaration of Human Rights”

2016: Viviana Krsticevic, “Judging and Gender in the International Realm”

2015: Obiora Chinedu Okafor, “The International Law of Secession and the Protection of the Human Rights of Oppressed Sub-State Groups: Yesterday, Today and Tomorrow”

2012: Rashida Manjoo, “After the Violence: The Dream of Another Reality”