UW alumnus Carlos Urzúa is about to be responsible for guiding the world’s 15th largest economy.

Following the election of Andrés Manuel López Obrador (AMLO) in the 2018 Mexican general election, Urzúa has been named as Secretario de Hacienda (Secretary of Finance)—a position analogous to the U.S. Secretary of the Treasury. 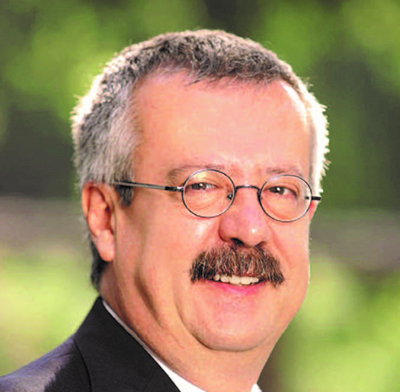 While the election of AMLO took place on July 1, Urzúa had been named as a choice candidate to fill the country’s top finance position months prior. Speaking to his political base at the Zocalo, the historic main square of Mexico City, following the election, López Obrador reiterated that Carlos Urzúa will be part of his economic team as Secretario de Hacienda or Secretary of the Treasury. Urzúa’s experience working with AMLO and extensive background in economic development, trade, and monetary policy have him primed for the role.

Urzúa first met AMLO while serving as a professor in the Economics Department at the Colegio de México. Under AMLO, who was then mayor of Mexico City, Urzúa was appointed Secretary of Finance of the Mexico City government, managing a budget larger than most national government budgets in Central and South America from 2000 to 2003.

“AMLO appointed me Mexico City’s Secretary of Finance because he thought that I knew how to administrate the city, and we have a lot of trust between each other,” Urzúa said.

While Urzúa is positive about guiding Mexico’s economic policy, he is also aware of the challenges he will face. Among the hurdles in building the finances of Mexico are corruption and crime, economic disparity, the need to invest in human capital, and a host of other issues.

“The country is polarized,” Urzúa said. “Some places are large and have opportunities for people to make a good living. However, you can also find a lot of poverty, especially in rural areas. It is going to be tough, but we are very optimistic about having a new way to make policies and also administer the country.”

Urzúa earned a PhD in Economics from the University of Wisconsin–Madisonin 1986. He received a bachelor’s degree from the Instituto Tecnológico de Monterrey (Monterrey Technological Institute) in mathematics in 1975, and a master’s degree from the Centro de Investigación y Estudios Avanzados (National Center for Research and Advanced Studies) of the Instituto Politécnico Nacional (National Polytechnic Institute) of Mexico, also in mathematics, in 1978.

“We as a university had a better relationship with Wisconsin than many in Texas at the time, even though the Instituto Tecnológico de Monterrey is only three hours from the U.S. border,” Urzúa said.

Urzúa continues to speak highly of his time at UW–Madison, offering praise for the campus, programming, and faculty, especially Vilas Research Professor Emeritus William Brock, who served as his advisor.

“It is safe to say that Carlos was one of the best students I’ve advised here,” said Brock. “I learned a lot about economics and Mexico from my time with Carlos. Actually, I think I learned more from him than he did from me! Carlos will be brilliant in his new post.”

He also appreciates the economic relationship between Wisconsin and Mexico. Mexico is the #2 destination for Wisconsin exports, with the state exporting $3.1 billion in 2017. Wisconsin imported $2.8 billion from Mexico in that same year. According to Urzúa, 96,200 Wisconsin jobs depend on trade with Mexico.

Urzúa continues to maintain ties to UW–Madison and the community. He returned to Madison in April to meet with UW–Madison students and delivered a special lecture on the challenges of the Mexican economy. Urzúa also met with community leaders through the Madison International Trade Organization, where he spoke on NAFTA and the Mexican elections.

“It always gives us great pride to see UW–Madison alumni assume leadership roles on the world stage.” said Guido Podestá, vice provost and dean of UW–Madison’s International Division. “Mexico is the second largest economy in Latin America and trade is a crucial topic in international dialogue. It is wonderful that one of our own will be contributing his voice to solve vital issues, affecting Mexico and the continent as a whole. We wish Carlos the best in his new role and will look forward to exploring new ways to grow the university’s relationship with our alumni and Mexico.”

Much of Urzúa’s career has been spent in higher education and as a consultant for world organizations.

Urzúa began his teaching career at the Tecnológico de Monterrey, state of Mexico campus, at the age of 22. He also was an assistant professor in the Economics Department at Georgetown University from 1986  to 1988, a visiting assistant professor in the Woodrow Wilson School at Princeton University from 1988 to 1990, and a professor in the Economics Department at the Colegio de México from 1989 to 2000. Later, he was the head of the Graduate School for Public Administration at the Tecnológico de Monterrey, Mexico City campus from 2003 to 2013. He has also been a visiting professor at several Mexican and international universities and is an award-winning poet.

Urzúa is a member of the Sistema Nacional de Investigadores (National Researcher System) of Mexico since 2004 and of the Academia Mexicana de Ciencias (Mexican Academy of Sciences) since 2007. He has done research on a wide variety of economic topics, such as fiscal policy, exchange-rate policy, monetary policy, economic competence policy, trade policy, social policy, and economic history and is also the author and/or editor of eight books on economics and of several dozen articles in prestigious international journals.