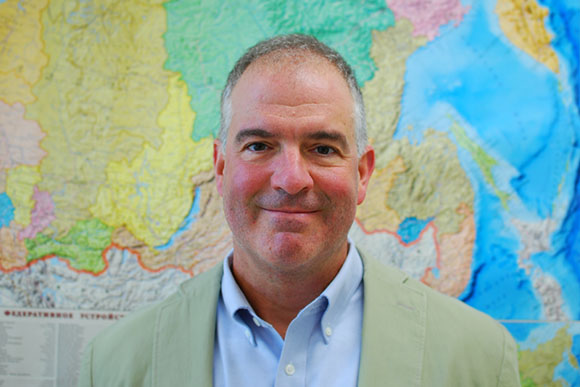 The Carnegie Corporation of New York (CCNY) announced the University of Wisconsin–Madison as a recipient of a $1 million grant to strengthen the study of Russia at U.S. universities.

The grant from the Carnegie Corporation will encourage universities to enhance Russian programs, research and outreach, as well as promote collaboration with the Russian academic community. Theodore Gerber, director of the Center for Russia, East Europe, and Central Asia (CREECA) and professor of sociology, is the principal investigator for the successful grant proposal.

“I believe we have the greatest concentration of social scientists working on Russia in the country,” said Gerber. “The grant will allow us to fill a few gaps, build an even stronger program and publicize the Wisconsin brand.”

Gerber and his colleagues plan to use funds from the grant to help establish a tenure-track faculty position for an economist specializing in Russia in the Department of Agriculture and Applied Economics.

Funds from the grant will be used to create and support graduate assistantships, research awards, graduate student fellowships and a young scholars conference on contemporary Russia that will bring together new cohorts of social scientists from Russia and the United States.

“This award is not only an opportunity to grow Russian social sciences scholarship at UW-Madison, but also affirms the outstanding efforts already underway,” said Guido Podestá, vice provost and dean of the International Division. “This grant will enable the university to expand research and build partnerships between scholars in the United States and Russia.”

The grants followed a Carnegie-commissioned study by the Association for Slavic, East European, and Eurasian Studies (ASEEES) to assess the state of Russian studies in the United States. Gerber conducted the assessment and wrote the report. The report showed that a decreasing number of young scholars are focusing on Russia, especially in the social sciences, and there is limited collaboration between Russian scholars and U.S. based scholars studying Russia.

“This grant gives us a chance to solidify what is an already strong position within the larger world of social sciences and reinforce our status as a leading node for social science research on Russia in the U.S.,” Gerber said. “This grant will also help CREECA enhance our programs through collaborations with Russian-based scholars on topics of mutual interest.”

CREECA is a member of the Institute for Regional and International Studies (IRIS,) which comprises the area studies centers at UW–Madison.  IRIS is a unit of UW–Madison’s International Division.

For additional information on this story or the International Division, contact Steven Barcus at (608) 262-5590 or sbarcus@wisc.edu.